Skip to content
Currently Reading:
"History of the Royal Navy"
by Sir Harris Nicolas
First Edition, Published London, 1847 in two volumes
Whilst I’ve been in Melbourne, I’ve been putting booksandcollectibles.com.au to good use, so I came across this two volume set at a store in the Melbourne CBD.
For $50, I picked up a very interesting set which covers in great detail the early underpinnings of England’s naval success.  From the time of Roman occupation to the death of King George V, these two volumes cover the administration and military operations of the early English Royal Navy.
At the moment I am part way through Volume I which also covers naval contributions to the crusades and King Richard the Lionheart (‘Coeur de Lion’) which is, needless to say, fairly enthralling to a history geek such as myself.  This links up well with a game I just finished completing: Assassin’s Creed which is set during the times of the crusades in the Holy Land (and, for what it’s worth, you get to meet King Richard).
This set dovetails neatly with books I’ve been reading by Bernard Cornwall – such as his latest "Sword Song".  The detail is very good, all researched fairly thoroughly and mostly from contemporary evidence of the times recorded.
This two volume set has been republished and is available from Amazon.com so you don’t have to dig around for a first edition (although if you can find it, it’s a handsome set and looks very nice).
/R

Sorry about the delay in posting new content here on the ‘Entertain Us’ Nation.  Since we’ve been back from holidays (just over […]

So I went out and bought a new tennis racquet on the weekend. It’s not really new, since I didn’t have one […] 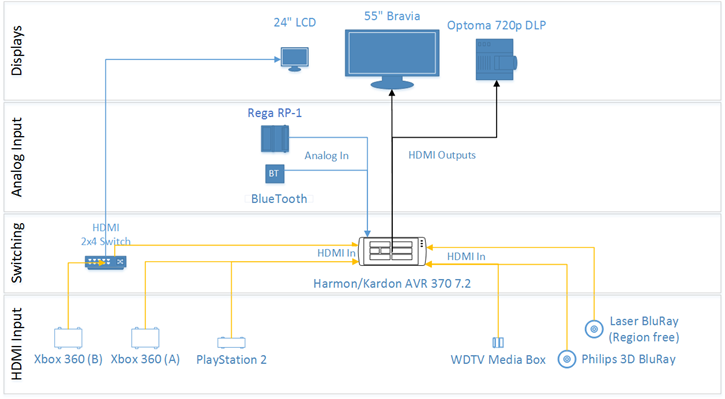 Preface: A few weeks ago I ripped down and rebuilt my Lego Mindstorms NXT model and replaced it with a by-the-numbers build […]