Well, in an article that should shock no one, Australians are paying too much for video games [smh] (both online and retail).  This will come as no shock to anyone who has ever been overseas – and applies to many other markets equally, especially automotive (cars in the US are typically half the cost of cars in Australia).

Forcing consumers to buy locally due to a region lockout prevents free market acquisitions (which would force distributors to set realistic RRPs in line with other countries).

In other news, another warning to be careful when using popular social networking site Facebook as it evidently still can track user’s activities – even when not logged on [zdnet].

This is an extension of an ongoing controversy for Facebook users which began late last year and surrounds the ‘Beacon’ application (optionally installed by users).  I find it interesting that Facebook developers would see the need to broadcast the habits of Facebook users publicly – what is the motivation here?

Lastly, it’s been an interesting week.

Also: please don’t forget to vote in either blog posting below. 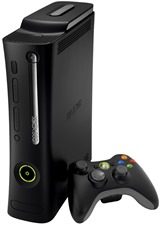