Recently, I’ve come to find a lot of spare time on my hands and today I decided that I’ve been sitting on the sidelines long enough; it’s time I got my head into the various APIs and pricing models involved in “Cloud Computing”.

There’s a good reason I’ve been waiting – I’ve been waiting for the hype to die down, and for real world solutions to present themselves.  Both Amazon EC2 (Elastic Compute Cloud, part of Amazon’s Web Service offering) and Microsoft’s Windows Azure (incorporating SQLAzure, which has previously been reviewed on this site) have matured to the point where real world applications are making use of them, and I think it is fair to say that they are the big names currently associated with the cloud computing concept.

I’m excluding VPS (virtual private server) technologies, which are a (somewhat) more generic product/service for virtual hosts provided by web hosting companies, as they typically are hosted servers and lack a programmatic API such as Azure and Amazon EC2.  Their product is slightly different from the Cloud model offered by Amazon and Microsoft, although a VPS or Virtuozzo style setup would surely be a valid option for many businesses, depending on their scalability needs.

So, I’ll be starting with Amazon EC2 and a re-review of Windows Azure (I’ve previously used Azure and SQLAzure pre-RTM).  My main goal will be to compile a pricing comparison and to create a test cloud application and compare each platform.  Check back for more information as I begin looking into each platform.

Happy Australia Day to you! Following on from my previous posts (check them out before continuing) – this article assumes you have […] 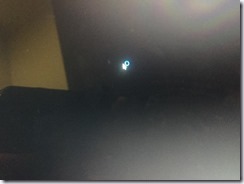 As long time readers of Sanders Technology are no doubt are aware, I rarely install operating systems on bare metal (non-virtual) systems.  […]

Recently I had an old Microsoft Azure subscription ready to expire, yet I still had some resources linked to the outgoing subscription […]