Now that it has been launched, we can bid farewell to some of the speculation around what Microsoft’s next generation games console will bring to the table – or can we?

As a fan who lined up at midnight outside the Sydney Myer store on launch night of the original Xbox, I have to say it’s been tough to support the Xbox.

What an amazing series of events!  In what appears to be an almost unprecedented development, Microsoft has completely reversed direction on the more controversial aspects of the upcoming Xbox One.  To get the full details, check out the recent update: [ http://news.xbox.com/2013/06/update ].  The big news are these two salient points:

To paraphrase, an Internet connection is only required once, at the initial start up/configuration of the console.  From here, playing offline games will not require an Internet connection ever.  Restrictions on game discs have been lifted entirely, meaning that ownership of physical media (discs) remains unchanged from how it works today with Xbox 360 discs.

Well, just as I’ve published this article last night comes a potential leak from Redmond.  A probable internal Microsoft 100-point FAQ regarding the Xbox One has been leaked to Pastebin and a summary has been written here.

It’s a hefty read, so it’ll take time to digest – it will be interesting to ‘read between the lines’ and discover what they’d prefer the public didn’t know.

Some new questions based on this unverified/unconfirmed FAQ:

A bit of history

The original console was plagued by issues, particularly with the optical drive, and an uninspiring range of games at launch time, however the console was later made quite popular (undoubtedly to Microsoft’s displeasure) once mod chipping took hold. The next version, however, was a an entirely different story.  The second outing blitzed the competition and remained competitive despite having backed the wrong horse in the high definition video stakes (the failed HD-DVD).  The 360 also introduced the revolutionary Kinect interactive motion detection/motion capture control.

Having said all that, it was still a rough and tumble experience.  My first console suffered from being returned to the Microsoft factory twice in the first 12 months as the optical drive scratched game disks.

The 360 line as a whole suffered massively from the “red ring of death” phenomenon which was caused by cheap and faulty soldiering, costing Microsoft millions.

Despite all that, it’s still a very compelling gaming platform and the moves towards supporting richer media has made it all the more attractive to hard core gamers as well as the occasional recreational user.  It has won wide acclaim and retained a strong user base despite not being as powerful as Sony’s PlayStation 3, and lacking a high definition (BluRay) drive.

Note that the following sections below are now out-of-date, based on changes announced 19/06/2013, but left here for brevity.

You have to wonder what is going on in Redmond, the planned next release has suffered and stalled several times over the past month after details confirmed that the Xbox One would require the ability to “phone home” once every 24 hours via the Internet.

Adding insult to injury, it appears the Xbox One also has a requirement for users to have an Xbox Live account, and support seems to be restricted to an initial 21 countries only.  It seems that used games will have restrictions, and the new console will NOT be backwards compatible with existing Xbox 360 games.

This version of the Xbox really hammers home the move away from game ownership to game licensing.  Check out Microsoft’s official page for details directly from Microsoft.

Besides spruiking something you already have with your Xbox 360 (“Anyone can play your games on your console–regardless of whether you are logged in”) they introduce a couple of new concepts – noting that they all require a bit of Internet connectivity, even if you’ve bought a second hand game.

“After signing in and installing, you can play any of your games from any Xbox One because a digital copy of your game is stored on your console and in the cloud” – this concept extends to up to 10 family members who can also make use of your games library.  I’d hate to be waiting the hour or so to download a complete game (assuming this is how the concept works) from the cloud though.

So far, so good – then we get to the second hand game market: “We designed Xbox One so game publishers can enable you to trade in your games at participating retailers.” the key emphasis on game publishers.  If you’re not following along, examine this detail: “Give your games to friends: you can only give them to people who have been on your friends list for at least 30 days and each game can only be given once”.  Note that based on the unconfirmed FAQ mentioned above, you may be able to have up to 1,000 friends though.

There you have it.  You won’t be able to sell your games privately, only through participating retailers and only if the games publisher has allowed resale. It’s all well summed up here: “Third party publishers may opt in or out of supporting game resale and may set up business terms or transfer fees with retailers.”

Draw your own conclusions.  I, personally, think it stinks.

It’s always interesting to observe a couple of strong ideologues debate philosophic tenets in the public limelight.  Especially when it relates to […] 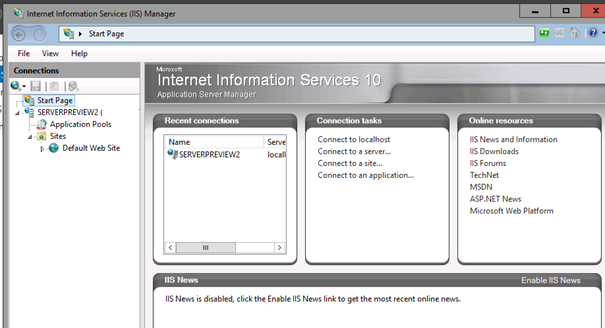 Tonight I finally got around to installing the recently released Windows Server Technical Preview 2, which was published around the time of […]

If you are a user of the new “Windows to Go” feature of Windows 8 Enterprise edition, which enables you to boot […]