Skip to content
Tomorrow is Anzac Day, so stay tuned for more posts from Thursday onwards.
Windows Vista Ultimate Edition: DreamScene Ultimate Extra
This review relates to the release preview edition, may not be applicable to the final edition.
It’s a pretty neat idea, playing video files as desktop wallpaper, right?  There are a couple of things working against that premise though.  Desktops are getting larger and larger.  My test machine has a resolution of 1920 x 1200 which is becoming more common in an ever expanding hardware market.  Rich content which spans those dimensions are heavy in terms of the cost of rendering them.  So a video clip (many images) will be very burdonsome.
Before you ask, no I didn’t test at lower resolutions on the basis that the Ultimate edition is supposed to be targeted at high end machines (machines capable of 1920 x 1200 res).
Speaking of machines, my test machine is a Dell Inspiron XPS (Gen 1), Pentium IV 3.4 GHz with 1 GB of memory, an ATI Radeon 9800 (256 MB video RAM) and Windows Vista Ultimate Edition – Windows Experience Index of 4.3 (not too shabby for a laptop bought in December 2004?).
Attached you can see four screen shots as I started to toy with DreamScene.
Photo 1 is DreamScene running a sample MPEG from the DreamScene content pack.  CPU usage is low, machine operates perfectly.
Photo 2 shows the desktop with Internet Explorer 7 browsed to ninemsn.com.au and with Windows Media Player initialized to one side.  CPU usage has jumped a bit.
Having started to partially use the computer, I’ve now decided to open Visual Studio 2005 (with SP1 and Vista compatibility patch).  I’ve also decided to open up a very simple WinForms application and compile it.  Photo 3 shows the impact on CPU – very high now.
Photo 4 shows the drop in CPU after the three applications were closed and the wallpaper restored to a bitmap.
In summary, DreamScene is what it is.  It is stunningly visual and stylish, but will seriously impact your system’s CPU usage under "normal" load.  This review was based on the preview, so things might change in later versions.
There are always going to be consequences for animating 1920 x 1200 of screen real estate, yet, Microsoft deserves kudos for giving it a shot though, it will make for an excellent backdrop during presentations.
It’s also worth mentioning that new-to-market video adapters and better hardware specs might lessen the CPU cost for you as well.  As usual, keep your expectations realistic and don’t try and run more than your system can safely handle unless you want the system to run at a snail’s pace.
DreamScene is not recommended (by me) for anyone running with a WEI (Windows Experience Index) of less than 4, or if your graphics card or CPU is the lowest rated hardware in your WEI sub score. 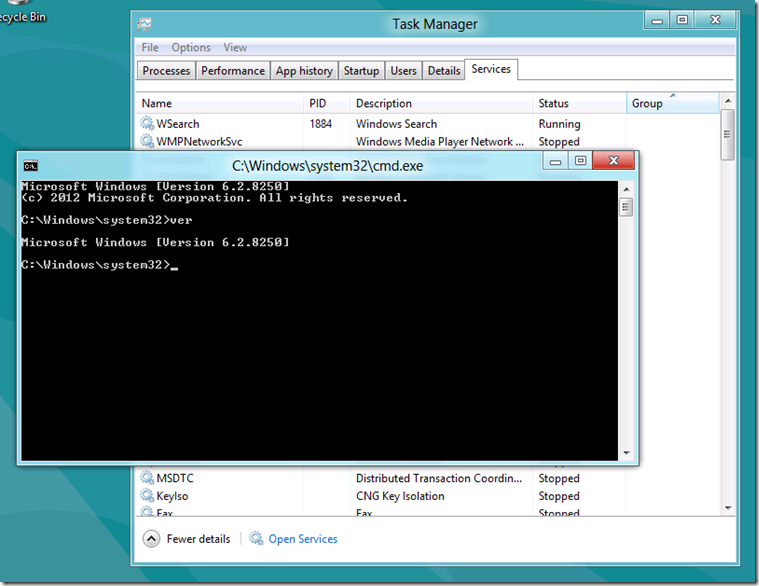 Recently Microsoft released a ‘Consumer Preview’ of their upcoming Windows 8 operating system.  Today I downloaded a copy of the release and […]

In the past few months, the folks at DZone put a call out to their very talented and knowledgeable MVPs to volunteer […]