Many years ago now, I used to enjoy the functionality of the Windows Power Toy suite of utilities (which included TweakUI, an image resizer, “command prompt here” etc).  Unfortunately, they have long since been forgotten and do not run on the newer Microsoft operating systems.

One of my most often used Power Toys was the Image Resizer, which offered shell integration for quickly resizing images to one of many different sizes.  News comes from this (1) site – someone has written a new version which will run on the newer operating systems!  I’ve downloaded and used it – and it works as well as the old version did.

Here are some screen shots of the context menus. 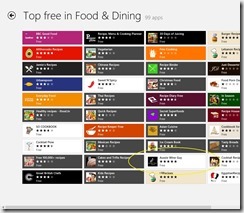 Here’s a smattering of pictures that come across my desk from time to time..

Good news for classical music lovers.  Hot on the heals of this author’s attempts to get popular, but copyrighted, content into the […]