I always love it when a functional language goes rogue!  Widely speculated for a while now, Microsoft’s F# language has been fully released as open source following a post by Don Syme recently.  It would seem that the F# compiler source code has been released under the Apache 2.0 licensing.  From the article:

“The source code of the compiler was already available with previous F# releases but under Microsoft Research Shared Source License Agreement, allowing users to create derivative works but only for non-commercial purposes. The important change is that the source code is now under Apache 2.0, allowing commercial use of the software. But since it is a code drop, the users won’t have access to the main trunk, so they cannot enhance it, fix it, determine its future. Microsoft will continue to exercise full control over their releases.”

So in a sense, you are free to compile and make modifications, but are unable to modify the primary source of truth as it were.  Making it an open source release, but not an open source project as such.  You can still submit defects and requests through Microsoft Connect though. 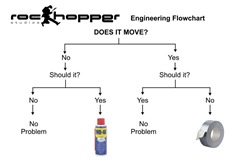 Hi All. I’m debating a new article. I’m currently debating whether to spend some time documenting an interesting solution to a fairly […]