Thursday morning started pretty well the same as every weekday.  I’m sure you know how it goes; you go through the motions to get yourself prepared for the day, shower, dress, eat breakfast and so on.  On my way out the door I get an SMS – “Janet (not her real name) can’t connect to the server”.  That familiar foreboding feeling starts to take control.

Into the office and the machine is still running.  I try the usual methods to see if it is indeed running or whether the connection issues were simply the product of the occasional bout of network hubris.  Nope, this is the real deal – I attach a monitor to the (normally headless) box – nothing.  No ping response, it’s looking ugly.

Well, to cut a long (and most likely painstakingly obvious) story short, the server had bit the dust.  We’d had more than our fair share of issues with it since we had it built in January including one very entertaining day when the weather turned particularly “warm”, and the CPUs ran hot, so trouble was pretty much par for the course.

So I power down the box and bring it back up – or so I thought.  Upon powering down, the damned thing wouldn’t restart.  Power supply issues again?  I attach the original 750w supply which always seemed to work – success?!

Interesting.  We’d been having trouble with the motherboard and power requirements (probably no coincidentally) since the CPUs ran hot, to the point that the motherboard was all but rejecting a Toughpower 1000w supply.

We thought it was because the 1000w supply split 500w onto two different rails, and the motherboard was a twin socket board with two Intel Xeons (maybe not enough power supplied to the motherboard).  An Intel Off board twin network (PCI) card had previously faulted because of too much power drainage, so power was definitely a suspect.

Eventually we replaced the power supply with a brand new Toughpower 1200W supply.  Same result as with the 750w – powers on, no boot.  Fuming, we strip down the machine and take out the CPUs one at a time.  Result – one of the CPUs has soiled itself.  We opt to replace both the CPUs and the motherboard – a risky gambit to be sure.

Putting it all back together (earlier tonight) we managed to bring her back from the graveyard, Operating System intact, with no data loss, or really any major problems.

Anyway, so despite the two days of downtime (don’t worry, I mitigated the risks ages ago by running up a second server to take the critical operations) there is a silver lining – we upgraded.

Which looks like this under Windows, and looks even more brilliant in Task Manager – look at those 16 columns of pseudo processing power! Well folks, we’re not far from Christmas day once again.  The scary part this year is the realisation that next month marks […] 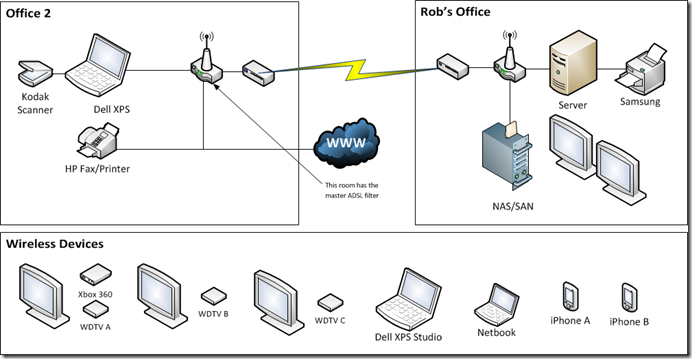 G’day all. It’s been a little while since my last post.  Why the delay?  It’s been fairly hectic of late, for a […]