Over the weekend I discovered a power pack which had gone missing to an old Dell Latitude CPt notebook which dates to the pre-Y2K era.

Back then, I used to work for an anti-virus start up called vCIS which operated out of the basement of the Software Spectrum building in Brookevale in Sydney.  Software Spectrum offered to sell to vCIS staff their second hand (“pre loved”) Dell laptops for a small sum (I think about $200-ish) and so I picked up a particularly plucky Latitude (pictured).

So having found the long lost power pack, I decided it might be interesting to surf the Net on a platform from a bygone era.  The Latitude was heavily customized by myself back in the day, and managed to stay useful well into the late 00s.  I’d managed to mount a very old RPC-1 DVD drive into the docking tray, and since the screen was quite nice, used it as a makeshift DVD player with wireless networking to boot.

How’s this for specs?  It still has a working HDD, and a tidy 6 GB of total capacity, most of which is free.  On top of that, about 128mb of system RAM, and believe it or not – a PCMCIA slot-based WiFi card which bypasses the need to use a wired LAN port to get onto the network.  Yes, back in the day this laptop was no slouch.

So I sat down and fired her up.  The old fans groaned, but the BIOS passed although it did complain bitterly about the fact that the CMOS battery died a decade ago and wanted to know what date/time it was.  After the full screen boot loader, we were into the Operating System. Anyhow, before we get to the good stuff (browsing the web), I thought it would be interesting to poke around the old Operating System.  Here’s the System Properties, Administrative Tools and the Control Panel: Quite a contrast to the new age icons we now have with Windows 10: Some of the oldest files on the system date back to before the millennia: Tools of the trade

Back in the day, we had to live with Internet Explorer 6 and the free bundled Outlook Express, with its fancy MFC MDI frames: You know something’s old when it references NCSA’s Mosaic (one of the world’s first popular web browsers).

So I joined the PCMCIA WiFi card to my home WLAN without any drama.  I felt a pang of guilt that my modern equipment would be so backwards compatible, but carried ahead anyway.  The next step was to run up Internet Explorer and then see what I could resolve.  My first challenge was obvious – legacy protocol support.  Most modern sites have abandoned the protocols and cyphers used by such an old browser, yet there was hope.

I could not resolve to the world’s most popular search engine.  My suspicion is they might have dropped support for legacy protocols, even enabling TLS 1.0 failed to produce results.

I had to enable TLS 1.0 in the advanced options in order to resolve and render the Facebook site: ..and it took a while given the number of security warnings I had to click “Yes” to, in order to just hit the login page.  I did not authenticate, but instead moved on.

No protocol issues resolving MSN or the main Microsoft site, but of the two, only MSN held up in the confines of this clunky old browser: Bing managed to render slightly better, probably because no one was using it at the time.

How about the fashionistas of the technology world?  Could they live rendering a sub-optimal visual even on such an old platform? Unsurprisingly, Apple’s crisp minimalist look fared “OK” under Internet Explorer 6.  Still some UI artefacts not playing ball, but the site was still useable.  How about journeying to something from the same era as the laptop?  Given my strike-out with Google, why not an old Internet search engine?  So I tried..

From the Lycos era, this site is still surprisingly operating – and renders beautifully.  Search results weren’t helpful, but what can one expect from such an old site? Now you might be wondering which commercial, big business site loaded and rendered the best out of the dozen I tested?  You may or may not be surprised that the award goes to………

The IT behemoth’s main site loaded perfectly in Internet Explorer 6, which is worth praising and also mocking in the same breath. Look, I’m not above reproach myself.  Whilst this site (Sanders Technology) did a fairly dismal job of rendering, my companion site Aussie Travel Guy did a surprisingly good job of rendering. Whilst it’s a bumpy and often slow ride, it’s still somewhat possible to drive the Internet in a 15-year old operating system, on 16 year old hardware.  Some might find that surprising.  I know I did.  I bid you farewell, from this war horse of a laptop. So over the weekend I contemplated some additional refinements for the Technic Mindstorms Tri-bot which I’ve been working on.   The lack […] 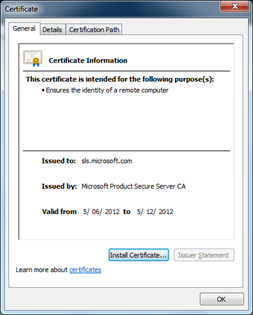 Well, I’ve found two second hand record shops in the Brisbane CBD, located almost around the corner from each other. The first […]

I’m rather enamoured with all things rustic and/or antique.  You might have guessed based on my first post on this blog.   […]