Yesterday morning I and a colleague made our way to Llewellyn Hall at the Australian National University to hear from the father of the World Wide Web, none other than Sir Tim Berners-Lee.

Originally, Sir Tim’s (free) public presentation was scheduled on a different date, but due to scheduling changes, invitees to the public event were merged with the Linux Conference keynote on February 1st.  Upon arrival at the hall, we made our way upstairs to the mezzanine level, where we awaited the introductions.

The introduction was made by Simon Hackett, co-founder of Internode.  Simon surprises the audience by removing the covering from over his ancient NeXT cube, a machine Sir Tim would have been using at CERN when designing the World Wide Web.  The introduction is succinct but not overly long, there were probably very few in the audience not already familiar with Sir Tim’s background. Sir Tim is welcomed to the stage with a long applause, he is dressed in a Hawaiian style shirt and appears quite casual, even at ease.  Before long, we’ve begun.

Sir Tim has an interesting way of articulating his ideas, his thoughts appear to be processed in short streams of information which means that he often leaves a sentence half complete.

His familiarity with a technical audience is evident, punctuating very profound viewpoints interspersed with what I could best describe as geek or programmer humour.  This doesn’t take anything away from the points he is making he outlines – his three main topics don’t in any way stray from importance: Before I get into the specifics of Sir Tim’s presentation it might be worth a quick read-up of the story of Aaron Swartz.

I didn’t realise that Sir Tim had been scheduled to testify on his behalf, nor did I expect Sir Tim to cover the sad and tragic events of Aaron’s fate at this forum.

Afterwards, I reflected on the significance of Sir Tim’s words, and more specifically on the repercussions what had happened to Aaron Swartz.

Apologies in advance to Sir Tim if my interpretation of his lecture misses the point.  He is clearly gifted when it comes to technology, but can be a little tricky to follow at times.  What follows is a summary based on the notes I took down during the lecture.

I’ve tried to format the text into a logical grouping, some of the points may be out of sequence from what was said chronologically during the lecture.

Web Standards and the Internet as an Open Platform

The web divide.. as the web expands and advances the adoption gap widens.  What are the human right impacts of access to the Internet?

Programmers vs. no programmers: non-programmers see computers as white goods.  The contents (apps) as consumables; they aren’t aware they can write their own.

HTML 5 provides many opportunities to craft application logic around content, but there is a battle waging between native platform applications and websites – native apps use the Internet but hide the URL, creating (essentially) walled gardens.

Early on the major advances came in the form of type-checked vs. non-type checked languages.  The next paradigm in languages will leap forward. Progress has increased, less time between changes/improvements.

JavaScript is ascending, APIs more prevalent. Interface tools are becoming standard.  HD video/video (data) has increased in terms of traffic share (compared to static text, e.g. HTML). Not a drama; HTML is still growing, the web is not dying.

HTML5 video tag is one-way communication. How about p2p, or chat based video (conferencing)? APIs .. Refining patterns and practices.. Standards.. Display/output of apps/content needs to account for varied resolution (billboards to handheld mobile devices) – display needs to scale. Sir Tim processes information at a great rate, it would be amazing to have him chat with Jason Silva.

Your own machine/PC – rights to install your own software.. decline in the usage of PGP verses the joke that bank security is..yikes. It’s important that users understand security for their own safety (e.g. to prevent phishing).

Brings up another point – your browser works for you (user agent), but does it?  We have to be cognisant that not all software has the user’s best interests at heart – nor does all software act on behalf of the user.

To be honest, I only had a peripheral knowledge of what happened to this gifted individual, who managed so much success at an early age.  To be honest, I also had no idea that he was a bit of a crusader for open data, which appears in hindsight to be a factor in the sad events leading up to the taking of his own life.

In brief, Aaron pulled down paid content (during a promotional period, content was free for a limited time) and distributed it freely. These were academic texts normally blocked/locked pay per use.  Instead of being charged with copyright infringement, prosecutors instead laid charges of ‘Breaking into computer system’ which is a felony charge.

This damaging charge can be widely interpreted by prosecution and the law, and also spans breaking terms of service agreements. Breaking into JStore would have been different – he had just downloaded information from a public space to a machine he owned (and no other malicious or damaging actions).

Prosecution threw the book at him, making the case that ‘having tools = intent to use’, therefore worst intentions were assumed instead of proven.  Aaron’s family tried to get charges reduced to misdemeanour, however the prosecution wouldn’t budge; jail time was sought.

After Aaron took his own life, the charges were summarily dropped. One obvious outcome from his tragic event – the law must be changed!  JStore evidentially held no grudge, law enforcement forced the charges.

There is a tribute to Aaron Swartz online at the moment, authors are providing copies of papers in PDF format and using the hashtag #pdftribute.

Cybercrime is misunderstood in legal circles, so the applicable laws are very vague.  Prosecution has wide latitude to interpret and prosecute.

Current laws for physical property are being applied to digital media. Laws need overhaul.  Government data (tax payer funded) should be open, public data which is something Aaron Swartz crusaded for. Extensions to copyright needs review.

There was limited time, so a few questions were posed from both online and the audience.  I did my best to capture the essence of both the questions and the answers, but sadly these are my notes – so they are not verbatim.

Q: How to describe to a teenager the present and future of the Internet
A: Web is an open platform. Web is what you make it.

Q: How to overcome issues in TCP?
A: not my layer (loud applause)

Q: How important is net neutrality
A: How important? (extremely).  It could be as simple as a (QoS) quality of service issue – commercial interests shouldn’t block or take priority access.

Q: HTML5 standard allowing proprietary plugins?
A: DRM? Sort of defeats the open platform ideal, especially if it breaks pages/sites/content when the locked down component isn’t used or installed. Can understand why people would want this capability, e.g. musicians/content producers need to make a living. How do we build systems which reward the consumer and the content creator (and not the middle man so much)? If it requires new protocols, let’s do it.

Q: Why didn’t MIT ask prosecutors to drop the case against Aaron Swarz?
A: Unclear (note: I didn’t note any extra comments on this answer)

Q: What issues are there with mandatory data retention?
A:  Many.  Can’t distinguish between users on a specific connection, 2 year record of a full history.. potential cache of sensitive or damning information (dynamite)

Q: After 20 years, how do you feel about the HTML Blink Tag?
A:  Blink tag sucked then, sucks now will always suck. <I wonder how he feels about the marquee tag?>

That’s a wrap.  Sir Tim is unquestionably a wealth of knowledge, he covered so many different, but important topics, I’m glad people of hiss calibre are still around and helping to influence things for the better.

This morning I struggled to get Microsoft Lync 2013 to work.  The symptoms consisted of the application running normally – I could […]

Hi All.   Day three (or, the last day) of Tech Ed follows on from last night’s wrap party.  Many folks are […] 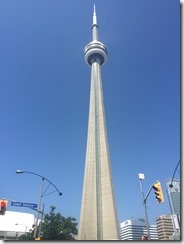 Following on from Part 2. Editorial note: These keynotes started around 8:45am and ran non-stop until 10:45am, but sometimes went over.  As […]