Today we’re entering the world of wearable technology with the Archos VR glasses.  This is a new and exciting world, and it begins with your smartphone.  The technology is compatible with most modern smartphones, it is simply a matter of locating a compatible media player which is able to play 3D/VR content.  Before we go down that route, let’s take a look at the VR headset.  For the purposes of this review, I’ll be using an Apple iPhone 6. Included out-of-the-box is a set  of instructions, a warranty and a support information card, plus the headset.  The headset is mainly comprised of two lenses, encased in a solid plastic enclosure which can expand to suit slim and thicker smartphones. The idea is to mount the phone to the front of the VR headset in landscape mode.  The content is to be played split screen style, much like with a 3D LCD TV.  The major difference, of course, is that the media playback is right in front of the viewer. Based on some suggestions from the included material, and some web searching, I selected the Homido Player to view VR content.  The player includes a sample video, and also includes functionality for you to record your own videos. The media player is very easy to use, and the included demo video is outstanding.  It is comprised of a number of short video clips recorded in close to 360 degrees of footage.  When played whilst mounted in the headset, the content will scroll according to the movement of your head, allowing you to free view almost any direction. Above are some screenshots of different views within one of the clips within the sample video.

The self-recorded content, naturally, isn’t impressive as the provided demo video, but it is interesting.  The device is fairly comfortable to wear, however it was a little tricky to put over reading glasses (if you need them).  One interesting feature I found – the app (or headset) responds to eye blinking to “click” on menus. This is really interesting technology, and the Achos VR Headset is a solid entry level unit if you want to check out some VR content.  It really needs to be paired to a strong media player like the Homido, hopefully there will be additional content out there as the technology sees wider adoption.

Many thanks to the folks at MobileZap. 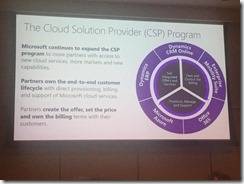 Introduction Where we left off in Part 1, we’d established the prerequisites to prepare either a new or existing web forms project […]

Well, it is about that time of the year when TechEd Australia kicks off; this year it is being held on the […]