It’s been a while…

Those astute enough to skip to the earliest article posted on Sanders Technology may note that it was published almost ten years ago as of next month – on the 17th of October, 2006.

That’s actually not quite accurate, some long time readers might recall that I used to write articles to a website hosted at internationalized.live.spaces.com (retired by Microsoft many years ago).  When Microsoft pulled the plug on Live Spaces, I had to decide where to go from there – it turned out to be a self-hosted WordPress site, and here we are.

Some of the earlier articles are a bit.. puzzling.. but subject matter of that kind migrated away when I moved my personal ramblings over to Aussie Travelling (which itself has 360+ articles) back in 2009.

Prior to Live Spaces, I had a site hosted at blogdrive.com and it’s actually still there.. but please don’t judge me too harshly on the earlier works!  My earliest post is actually from as far back as February 11th, 2005 when I was living and working in Vancouver, Canada.

In all that time, I’ve continuously written technical articles.  The volume and regularity has been haphazard at best, but over the years I’ve found the process of relating the concepts I’ve been working with to be almost cathartic in a way.

There’s still plenty of content to be published this year, and with October rapidly approaching, I do need to knuckle down and get some more articles posted.  Here’s a sample of things to come..

Plenty to look forward to…  I sincerely hope.

Another year, another decade – more resolutions. Since the loss of the sandertechnology [dot] com I’ve found it a lot harder to […]

Welcome to 2017 everyone. I’ve been back working since early January, and it’s all strategic roadmaps, capability mappings, enterprise design principles and […] 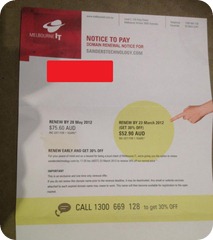