As reported across the globe, Windows 8 has officially gone RTM as of August 1st.  The official release date schedule shows when you might expect to get your hands on the new version:

With general availability from October 26th.  Coinciding with the August 15th date is also the release of Visual Studio 2012 RTM which includes the next version of the .NET Framework (4.5) and presumably sometime after that we might also get the Windows Phone 8 SDK.

There’s some conjecture about when the Release Preview and Consumer Preview versions will expire.  Here’s an accepted answer from SuperUser:

To get the expiry date of Windows 8 consumer preview, you should run winver either from the search function in the source menu, or simply run the command from "run"

This will open the "About Windows" window, which will show the version and expiry date of the Windows CP install.   Source 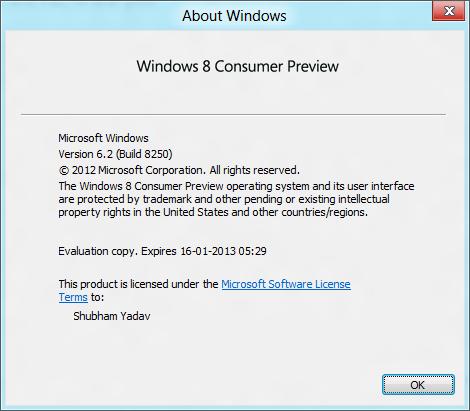 It’s going to be a very interesting month ahead, and once the RTM copies have shipped, check back here at Sanders Technology (or dzone.com) for more details on both Windows 8 and Visual Studio 2012.

Alternatively, there’s plenty of documentation and reviews of the pre-release builds; so there’s never a bad time for some professional development!

Now we’ll just have to wait for the first service pack… just kidding.

Some exciting news to share – for those interested in pre-releases, the next iteration of the Entity Framework – v6.1.0 has been […] 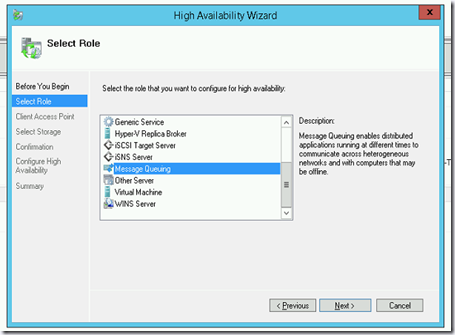 Introduction In this post, we’ll look at configuring a Windows Failover Cluster and then install an MSMQ role onto the cluster.  If […]

2 thoughts on “Dates for Windows 8 and More”