Since the ADO Entity Framework was launched last year (as RTM) I’ve been trying to find an excuse to start using it for more than fluff demos.

Unfortunately the opportunity for real use has not been forthcoming, so I decided to put together a personal project which would allow me to build more complex requirements, to try and stretch the functionality provided by the Entity Framework.

I’ve taken my collection of vintage vinyl records and turned it into a fully populated database.  It’s a somewhat simple data model at the moment – no big surprises (yet!).

The objective initially is to get it to a point where I could start building some User Interface.  Initially this meant hours of cataloging the collection and taking photos of the covers.  Later I imported external data as part of ETL (details later).

This is what the current data schema looks like.  No surprises, fairly straightforward.

This weekend I started putting together a search interface.  Here is what I have so far.  It’s obviously early days, and you can only search by a any combination of artist name and/or album title. You might notice that the Grid supports both pagination and sorting – more details on how that works later.  If you’ve been reading my earlier posts you’ll have some idea what to expect.

Later we’ll add additional search criteria.  This is just to give you a sneak peak into what’s been going on..  More to come.

Hi All, This is just a quick post to advertise some of the high hopes I have for the upcoming Entity Framework […] 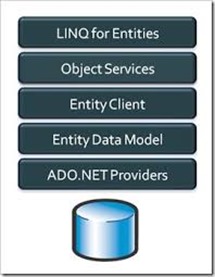