At the recent BUILD convention in the US, Microsoft announced a series of new Cloud-based services, one in particular being Team Foundation Server.  Although we’ve heard rumours about such an offering for a long time, and that some services (such as TFSNow) actually were offered by third parties, this represents the first major push from Microsoft directly.

In order to drum up some initial interest, Microsoft launched http://www.tfspreview.com and an early beta period with invites sent to BUILD attendees and select members of the Microsoft development community.  Although there are already a spate of blogs with video and image walkthroughs, I decided to give TFS Preview the Sanders Technology treatment.

I’ve been building or administering TFS installations for over six years now, since the early betas of Team Foundation Server 2005 back when I was an Associate Consultant at Readify.  I’ve deep experience in all versions of TFS to date, so I expect I’m in a decent position to evaluate and discuss this new service and how it integrates into the development process.

Let’s start at the beginning..

Before we go any further.. have you got an invite code?  They are rather hard to come by, and a lot of the early multi-use codes are now exhausted.  I, personally, have a few activations left on an invite code (or two) so to those lucky readers who get in first, I’m happy to email you a TFS Preview invite code while I can – while stocks last! On the next page, select a name for your TFS URL, paste your invite code and agree to the ToS.  You’ll need a valid Live Account (which is used for all valid users of TFS in the cloud).

Assuming it all goes smoothly, your account will be created, and you’ll appear at the main console page.  What to do next, is to examine all your software and make sure you have applied the hotfix (for Visual Studio 2010) if you wish to get your hands dirty.  However, there’s still some initial configuration to be done in your browser first. Everything in TFS revolves around a Collection and a Team Project.  In normal TFS, you can have multiple collections and multiple Team Projects – in the cloud, it seems that we have just the default collection (if anyone can figure out how to create multiple, please let me know).

From the account page, click on the “Administration” link in the upper right hand corner of the screen.  You’ll enter the Administration console which has a number of options: Our immediate priority is to create a Team Project – clicking on “create team project” will provide us with this nifty pop up window – fill in the details as you desire, and proceed by clicking on “Create Project”: Once the project has been successfully created, you’ll also notice that a default collection has been created, and your team project is now a child of that default collection.  The console now provides more functionality – click on the Project drop list and select “Browse all Projects”: Select your Team Project and then click “Navigate”.  I’ve circled the main page navigation as each should be worthy of a bit of investigation.  Each link provides access to security, group membership and key team project configuration (such as Areas and Iterations) which essentially represent their approximate siblings in TFS 2005, 2008 and 2010 respectively.  Little has changed here, except that instead of adding Active Directory accounts to groups, you add users according to their Live Accounts instead. From the main page you can view all the traditional options which we would find in Team Foundation Server, I’ve taken screen captures of the most interesting windows: By default, the user who creates the Team Project is an administrator, which means complete access to all settings and functionality.  Now that a Team Project has been created, you will want to consume TFS from within Visual Studio.

If you haven’t already, download and install the hotfix located here.  When I ran the hotfix I received this: If you hit a wall, probably best to reapply Visual Studio 2010 Service Pack 1.  Last of all, you can also hit the TFS Azure forums which are located here: http://social.msdn.microsoft.com/Forums/en-US/TFService/threads

Check back son for Part 2, where we’ll look at some practical ways to use this new TFS cloud service!

Recently, I’ve come to find a lot of spare time on my hands and today I decided that I’ve been sitting on […] 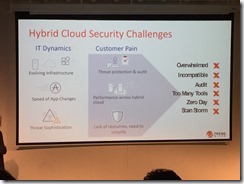 14 thoughts on “Team Foundation Server in the Cloud (Part 1)”