Today marks a sad day, I’ve let two long-held domains expire.  I’ve held one of these two domains for almost 13 years, since 1999 when I first registered the Business Name Sanders Technology (to which this site is still named).

The two domains, rob.sanders.name and sanderstechnology.com.au became obsolete for my purposes.  Let me explain…

The main problem is the cost (.AU domains aren’t all that cheap) and my long time registrar (Melbourne IT) overcharge and got very aggressively over zealous in trying to get me to renew the name as early as three months prior to expiry.  At one stage, I received calls five days in a row.

The majority of traffic goes to the .com (this site), so I just didn’t see the point in renewing.  Since I don’t focus on the AU market in isolation, the name grew redundant years ago.  I don’t have a registered business name anymore either, so the purpose of the domain became redundant years ago.

.NAME domains pre-date the .ID domains which came out no that long ago.  The idea was to appeal to people to register their own identity/space on the Internet.  I registered the name years and years ago, mainly as the initial registration was uber-cheap and lasted for eight years.

The problem with .NAME domains are that firstly, they break the common domain name syntax (rob. is not a subdomain) and that “@rob.sanders.name” is rarely recognised as a valid domain name/e-mail address format (even though it is valid).

The domain got reasonable traffic when it hosted my travel blog (now conveniently located at http://aussietravelling.com).  However, the domain name never really added much value (to SEO or in terms of being recognised as a valid domain).

So I transitioned it to Aussie Travel Guy (to fit in with my naming convention for other blogs) and have let it go.  The end of an era…

Have you let any long-held domains expire?  Did you regret it?  What problems did you encounter?

Hi all. It was great to see many familiar faces this weekend in Wagga Wagga.  Everytime I consider the journey I’m a […] 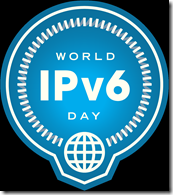