This week at work, I’ve spent a fair amount of time working in the infrastructure space as we conducted a review of SQL Server and the underlying network infrastructure.  As always, it inspired me to take a look at my home configuration – and do some tinkering.

The first thing which piqued my interest, was that Windows Server 2012 (and R2) now supports native NIC teaming – particularly for use in Hyper-V.   I have a quad port PCIe adapter which features 4x1GB ports – just begging to be teamed. So I began there.  As you can see from the screenshot above, I achieved the desired outcome, but I’m still awaiting the performance counter results which will show how well it performs during “normal” usage.

My next stop is with networked storage.  As you’ll know, I have a Thecus NAS which is utilized as a central location for storage.  I’ve been using the NAS directly via a twin port (2x1GB) native load balanced NICs, but decided to check out the iSCSI provisioning option to map the storage as a native drive.

Using the remaining free space (360 GB), I configured the server to use the iSCSI target.  It worked, and I’m getting pretty fancy I/O results – ~84MB/s transfer rates: So that’s what my evening’s been like today..  If you’re interested in finding out more about either NIC teaming or iSCSI provisioning, get in touch and I’ll write a more detailed article on what I did – and how it’s worked out!!

In terms of ACTUAL throughput (rather than Windows’ occasional inaccurate estimates), I used a tool from here: http://www.attotech.com/disk-benchmark/ However, to put the results in context, I did the exact same benchmark against a local SanDisk 480GB (SDSSDX480GG25) SSD drive on the same server and the results were about 250 MB/s read and write: Theoretically, I could possibly get more juice out of the iSCSI target if I NIC teamed the server, but I’m reserving the teaming for the Hyper-V Network Switch, since the base OS doesn’t need much network love directly.

Today I went on an unusual journey, and it involved paying the price for configuring Microsoft’s web server (specifically, IIS 8.0 and […] 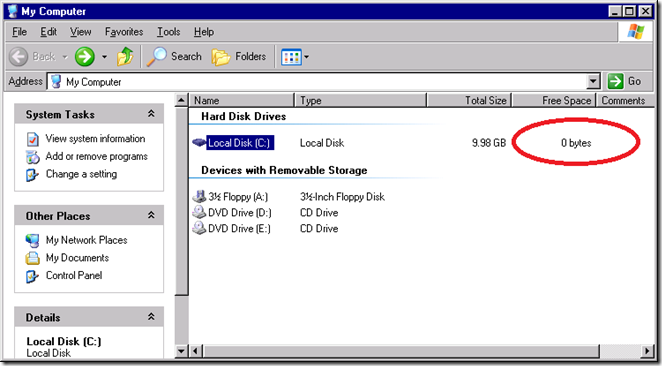 Recently I conducted a mini-audit of some of our less used servers and virtual machines, mainly hunting for some candidates to participate […]

Today was a big day if you happen to enjoy Release Candidate builds from Microsoft.  Not only did we see the RC […]