Well, it’s been a week of big announcements.  Hot on the heels of finding out the next version of Windows will be Windows 10, Microsoft has today released a new “Technical Preview” of Windows 10, Windows Server and System Center.

Be a part of every step

Join the Windows Insider Program so you can be part of every key moment along the way as we create Windows 10. You’ll get Windows 10 Technical Preview, all the builds as soon as they’re available, and an easy-to-use feedback app.

Naturally, I immediately pulled down an .iso of the Windows Desktop edition (UK English) and have begun running it up in a VM.

There’s a site dedicated to Windows 10 and it’s called the “Windows Insider Program”.  Here’s an extract from the site:

Help us shape the future of Windows

With the Windows Insider Program, you’ll get all the latest Windows preview builds as soon as they’re available. This means you’ll be one of the first to experience the new ideas and concepts we’re building.

In return, we want to know what you think. You’ll get an easy-to-use app to give us your feedback, which will help guide us along the way.

This program is designed exclusively for people who want be involved in the process. So if you want to help us build the best Windows yet, we want you to join us.

I’m running this preview version up on my VM server, and for this new VM I’ve configured it with 2 vCPUs (utilizing a hex-core Intel i7 processor), 8096mb of 1600GHz RAM and an initial HDD of 80GB.

Well, I’ve begun the installation process, and so far there’s no noticeable differences. The installer is the same trusty version we encountered in previous versions, as is the initial boot and configuration process. After a reboot, we’re loaded into the new Windows..  The experience is the same as with Windows 8.1 and I use custom settings, disabling most options. Once you’re past the bulk of the initial configuration, Windows goes off to configure apps

Given the configuration, Windows 10 has detected I’m in a Desktop environment, so the first thing loaded is the trusty desktop.  Interestingly, Windows displays a roaming profile wallpaper for my desktop background – maybe it did that in Windows 8.1 but I didn’t notice.

The first thing to do, obviously, is check out the old/new Start Menu:

After a few clicks, I’m prompted for feedback

Searching for installed applications and apps is fast and accurate (predictive matching etc.):

Back to the new Start Menu, I can scroll Windows apps and also install apps which are presumably linked to my Microsoft account (from prior usage in Windows 8.1?):

While we’re speaking of apps, do try out my Aussie Wine Guy and Sanders Technology apps!  Running up a formerly-called-metro app gives us the app hosted in a resizable dialog shell (as advertised): Double clicking on the “Welcome to Tech Preview” link launches Internet Explorer 11 and navigates to the following location. The keyboard combination of Windows key + C still brings up the dreaded charm bar, however right clicking on the Windows icon (start menu) still provides a handy shortcut context menu as an alternative: Navigating to Settings->PC Info provides us with the following “compliance plate” information: As it is just past 8:00am local time, I have to go and get ready top shuttle off to work, so I’ll have to leave my Tech Preview experience for a later time.  So far, the preview has delivered on the rumours which have surfaced over the past 12 months.

I’d encourage you to download and participate in the Technical Preview program.  Microsoft has claimed that the removal of the start menu was in reaction to statistics they captured during similar programs in the past, so they obviously take this information very seriously.  If you want a say in the future of the Windows operating system, now’s your chance!

Tomorrow, I’ll take a look at the Windows Server Technical Preview – hopefully they’ve canned the formerly-known-as-Metro screen, which never made sense to me for a server platform.  Enjoy. 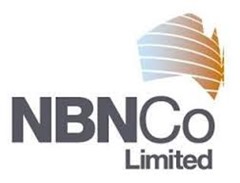 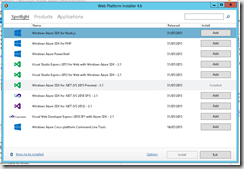 Following on from my previous article about Team Foundation Server 2013 Preview, I’m now moving on to Visual Studio 2013 Preview.  I’ve […] 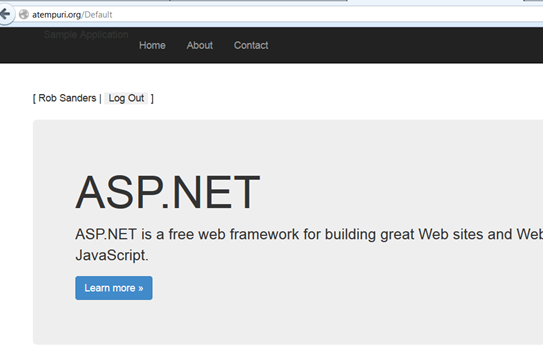