So chances are that you know that Visual Studio 2008 has gone RTM (release to manufacturing).

Better hop onto MSDN Subsscriber downloads or grab a free copy of the express editions.  Anyone who considers themselves .Net Developers or Architects should be running Visual Studio 2008.  At any rate – even if the project you are on doesn’t allow the upgrade – you need to be familiar with the changes.

Given the existence of free express editions, there’s little excuse not to have a copy and start using it.  The 3.5 framework is little more than a few enhancements on top of the already released 3.0 edition but Visual Studio 2008 (previously codenamed ‘Orcas’) is a huge edition to the developer toolkit.  Essentially VS helps drive the benefits of the framework to a whole new level (unless you’re into SLINQ).

Just quietly, the SQL Server team also released a November 2007 CTP of the looming SQL Server 2008 (codename ‘Katmai’) – grab a free copy and give it an eval().
Oh, and if you haven’t already done so – grab a copy of the Windows 2008 Server RC0 which is also available.  You seriously need to be evaluating these products NOW.

If you’re short on time, perhaps the Christmas break is a great time to get refreshed!?

Anyhow, for a change of pace.. here is something new..  or perhaps not.
Someone in California has converted their home theatre room into a Star Trek:The Next Generation set.

This reminds me of the guy in the United Kingdom who turned his whole apartment into a star trek themed microcosm.

I always love it when a functional language goes rogue!  Widely speculated for a while now, Microsoft’s F# language has been fully […]

From the news desk, in case you somehow managed not to hear about it.. Futurama returns for a new season to debut […] 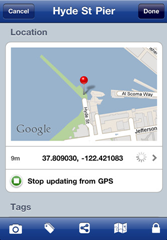 Recently I started to use this nifty application called GPS Log on my brand spanking new Apple iPhone 4S.  I know what […]