So my wife and I have been residents up north for a little while now.  Getting to know the lay of the land, as some might say.

Tonight was a big deal – our first "State of Origin" clash in Queensland.  This is a series of Rugby League games which have been contested between the neighbouring states of New South Wales (NSW) and Queensland (QLD) for a little while now – I think it’s been going on for almost thirty years.  At this time of the year the rivalry between the two states is at a fever pitch, and it makes you glad you don’t live along the border.

Technically, I’m from Canberra (in the Australian Capital Territory – Australia’s capital city) so that makes me sort of neutral – or as neutral as you can be when one of the two states (NSW) encompasses your entire border.  I recall the days when many of the players from the Canberra Raiders league team wore many of the "State of Origin" guernseys including the likes of Mal Meninga (who, incidentally is coaching the Maroons now), Ricky Stuart, Laurie Daley, Bradley Clyde, Glen Lazerus, John ‘Chica’ Ferguson, Steve Walters and Gary Belcher.

Now tonight’s match was held in Sydney and the Blues (NSW) beat the Maroons (QLD) tonight 18-10.  The interesting thing will be to see how people feel tomorrow.  I’ve never been in Brisbane after a Maroons loss before.

Face will be on the line next meeting, which will undoubtedly be north of the border.  Each side has a significant home field advantage – although in all honestly I think QLD has the bigger advantage when it comes to home fields. 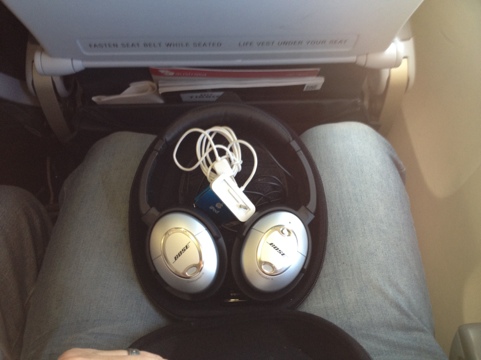 We officially took off from Canberra at 8:30am winging it to the Gold Coast via Sydney airport. The one major advantage for […]

Hi all.. Sorry about the relative silence, last week was my first week since I finished my last project (which ran from […]