Well, I just wanted to put together a short post about Microsoft Connect.  For those of you who don’t know about Connect (and if the response at Tech.Ed was any indication, many don’t know!) it’s a great way to participate in Beta programs for new software being released by Microsoft.

It’s effectively a public site which aims to give the Microsoft community a voice – a way to send suggestions, feedback and notes on defects – back to Redmond.  All you really need is a Live ID (think: Passport account) and you can participate in any number of beta or CTP programs.

For example, I participated in the SQL Server 2008 Connect program.

It’s a great initiative and I strongly advocate participating if you have the time and the interest.

On the Connect homepage there is a side panel with “community recommendations” which is kind of standard for sites like this.  Check out the comment I’ve highlighted inside the blue square, below..

In case you can’t make it out, contributor “Jim B” has this to offer:

“I never thought I’d actually communicate with a developer, until it happened”

Hi All, Apologies for the lack of articles recently.  I’ve been up to my usual design & architecture antics, but it’s not […]

Hi All, This is just a quick post to advertise some of the high hopes I have for the upcoming Entity Framework […]

Sometimes, for various reasons, we come across projects or solutions we have to maintain to our chagrin.  We have an application which […] 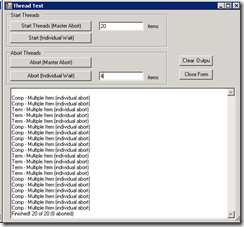 Intro Long before Microsoft .NET 4.5 was a reality, in the days when asynch programming was not a given, I developed a […]