Well, as you might have known, a select few were lucky enough to see the new Star Trek film when it premiered world wide in April 2009.  I was, in fact, one of those lucky few (you can read my entries for April to get a feel for what it was like).  I’ve maintained a relative silence (except for a review I posted on IMDB) since that time.

Now that the film has been released to the masses, I believe I can talk fairly and freely about the film, and give you my objective views – ** with spoilers **!

So some background.. I’ve been a fan from my childhood through until when The Next Generation wrapped up production in the mid 1990s.  I took a “fan hiatus” from about 1997 and for various reasons I remain more attached to Gene Roddenbury’s original vision for the future, manifestly through the original series and the Next Generation series.

So.. where do we begin?  At the beginning, of course.

Many fans hate time travelling plots especially within the Star Trek franchise where it has been repeatedly abused and used as a vehicle for various plot devices.

However, some of the more popular (and successful) storylines (City on the Edge of Forever, Yesterday’s Enterprise, All Good Things..) have used time travelling including Star Trek IV: The Voyage Home which was (commercially) one of the most successful of the Star Trek movie franchise.

So this isn’t a new concept, and in order to create an alternate reality to portray the original characters, you would have been hard pressed not to use a timeline altering event.  So let’s make peace with this, plus it’s not a bad storyline, as we’ll discuss.

Okay, so obviously from the very beginning, this film completely alters James T Kirk’s life by removing the influence of his father.  This has a trickle down effect and turns him into more of a rebel/renegade/troublemaker – hardly the makings of a successful star ship Captain.

However, what makes it for me is that he can’t escape his genes.  Kirk is obviously made of the right stuff, and even with a more troubled past, it is clear that he is destined to command and I can live with that (whether other fans can is entirely their business).

What a fascinating thing: Spock as a child.  It never occurred to me that he would have a hard time given his half Human/half Vulcan heritage, but now we know: he did.  I think it’s fair to say that (altered timeline or not) we probably got to view life for young Spock much as it would have been.  Interesting that Vulcan adolescents would choose to bully, one might consider that an emotional concept?  I guess they were too young for Kohlinar..

The real surprise is his back story leading up to Starfleet Academy.  That scene with the Vulcan Academy of Science’s admission board: priceless.  Probably a little too much emotion in his decision making process, but hey, he was young and half human..  Great scene.

His relationship with Uhura was totally unexpected and I think very much out of character to display affection in public (and certainly within proximity to the bridge).  It’s quite acceptable for him to take on a relationship with a human I think (after all, his father did) but I very, very much doubt that Spock would ever have been comfortable with any public display of affection – given or received.

I can only deduce that by the time of the Enterprise’s missions under Kirk, Spock had grown more familiar and comfortable with humans, because he really didn’t seem as relaxed as the earlier Leonard Nimoy Spock in the original series.

So we all know from Star Trek II: The Wrath of Khan, that Kirk cheated to beat the “unbeatable” simulation.  What we probably weren’t ready for was Kirk’s overly cocky and cavalier attitude in doing so, or the fact that it was Spock’s simulation.

As I mentioned before, this is a different Kirk with a completely different upbringing – it’s not to be unexpected that he might have a different style than Shatner’s Kirk.  What is interesting is that in both realities, Kirk cheated to beat the simulation – Tigers don’t change their stripes 🙂

Too bad Lt. Saavik wasn’t around to take notes 🙂

What happened to Captain Robert April (first commander of the USS Enterprise?): a victim of the altered timeline?  Perhaps after the destruction of Kirk’s father’s ship (one less vessel) he got reassigned commands, we can move beyond it I think…

What a great touch – Pike in a wheelchair at the end of the movie.  True fans will notice the sly tip of the hat to fans of the original series, where Pike is paralysed and “wheelchair” bound.

As for building the USS Enterprise on land, I can live with it even if it flies against popular official documentation (e.g. the Next Generation’s Technical Manual by Michael and Denise Okuda).

I mean, who honestly cares whether the ship was built in space or not?  Is it a significant plot change?  Hardly.  For the sake of argument, let’s stipulate that the destruction of Kirk’s father’s ship made the Federation/Star Fleet build on land for extra hull durability testing…. we are agreed?  Good.

Wow, what a major event!  This, for me, was the largest spoiler and one I didn’t discuss with anyone.  I’m going to elaborate on this point, because it seems like this major plot point has gone underestimated by fans and film goers, probably because the ramifications are so hard to estimate.

Until this film, it was generally accepted that Vulcans formed the backbone of the Federation, providing amongst other things some of the Star Trek universe’s greatest scientific minds alongside many important diplomats (such as Sarek) who helped to maintain peace and order throughout the Federation and member planets.

At face value, destroying Vulcan seems like such a big event that will alter the course of star trek timeline forever, however what specific events really came about as a direct consequence of Vulcan being there (or.. as now.. not there)?

There are a handful of Vulcans portrayed in the future series (including Tim Russ’s character Tuvok in DS9), but how many specific examples can we draw – most references have been just that, background information and the odd remarks here and there.  What affect can this have on the timeline?  Of course, can only draw supposition.. how very.. Vulcan.

Here is a list of notable Vulcan characters in case it helps fuel some debate  – note not that many notable Vulcans are listed in the 23rd century (and beyond) besides Spock, Sarek, Sybok (all presumably still alive) just Tuvok,, Valeris and Saavik really.

This is the kind of plot change which gives writer free reign to rewrite the Star Trek universe, and where contention arises blame it on the absence of the planet Vulcan.. In other words, this one event tragically alters the Star Trek universe in a way which can not be easily fixed (without a time travelling intervention… ha ha).

So, okay, Kirk loses his father and Spock loses his mother.  The only difference here is that we actually got to see a lot more of Amanda in the original series & movies than we did of Kirk’s father (who we did not see prior to this movie).  At least we still have Sarek (
a nice portrayal also)..

The loss of Spock’s mother was, in fact, a major plot device to allow Kirk into the Captain’s chair, since the destruction of Vulcan might not have been enough for Spock to “lose it”.

…and here I was secretly hoping she got locked up for shoplifting, how ironic would that have been? *snortle*

No controversy on my end – I just think it was a really awesome scene.  Leonard Nimoy is a classy actor and I really enjoyed his presence in the film.

Leonard Nimoy gets the best line in the whole film (to young Spock).. "Since my usual farewell seems strangely self serving, I shall only say this…Good luck."

So.. in terms of issue contention, that about sums it up for me.  I really enjoyed the new film and honestly think that true fans won’t have so many hang ups with the new direction the franchise has taken.

We still had a red shirt as cannon fodder (tell me you didn’t see that coming!), Spock is still logic before emotion (just don’t tease him) and McCoy is as dry as always.  Scotty still provides the funny lines, as do Chekov and Sulu.

The enemy still is to be battled (as opposed to reasoned) with and the USS Enterprise continues on its voyage to seek out new civilizations and new life forms – and to boldly go where no man/woman/child/other has gone before!

Sorry, I couldn’t help but make a post about the potential comeback for vinyl records which is being proposed by this article […] 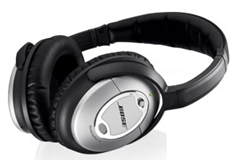 Santa was very generous this year and delivered a very nice xbox 360.  Now, I had a feeling that this might […]