Two nights ago, Microsoft’s premiere Development Suite – Visual Studio 2010 – was officially released (RTM – release to manufacturing/marketing).  This means that it is officially ready and final (not pre-release).  You can download full trials of all the editions of the suite from the Microsoft website.

The 2010 edition represents some significant changes from the previous version (Visual Studio 2008) in particular, there have been widespread and fundamental changes with regard to database projects (with large scale support for Microsoft’s ORM approach) as well as a complete revamp of the approach to Quality Assurance – with the debut of a number of Testing focused components.

This is also a great time to check out the radically improved Team Foundation Server 2010 (TFS) which perhaps best illustrates the advancements in the TFS product family.  Having used the previous two editions (2008, 2005) of TFS on Enterprise sized projects, I can tell you with complete honesty that v2010 is by far and wide the best edition yet, and worth considering for your next big project. 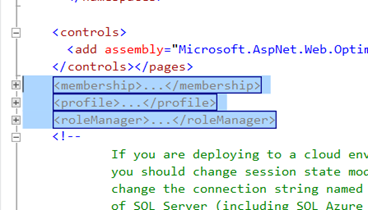 Introduction Disclaimer: this article assumes the reader is already familiar with OWIN and OAuth standards.  It is published in three parts. Late […]