I’m always a huge fan of the immersive gameplay experience, and the folks at Ubisoft are very, very good at it.  Ubisoft are the name behind some of the most successful game franchises in recent memory, from Assassin’s Creed, Driver, Far Cry to the Tom Clancy series (Rainbow Six/Splinter Cell and Ghost Recon).

It’s been around four years since Far Cry 2 and in case you haven’t heard, Far Cry 3 isn’t too far away.  To lead into the upcoming release, the folks at Ubisoft have prepared ‘The Far Cry Experience’, which is a web series designed to tie into the next release.

What’s in the upcoming release?  I’m glad you asked!  Here’s a little about the plot of Far Cry 3 (courtesy of Wikipedia):

“Far Cry 3 returns the series to a tropical island setting, similar to the first game and unlike the second game, which took place in an African savannah setting.

Players will assume the role of protagonist Jason Brody, a tourist who has been stranded on an island chain in the grips of violent local conflict for years.  Jason has been separated from his girlfriend and, in his search for her, developers have stated he will have to deal with a wide cast of mostly unstable characters who have been trapped on these islands for some time.”

Here’s a bit of info about the web series, “The Far Cry Experience” itself:

“The Far Cry Experience is a four episode mockumentary web series created and produced internally by Ubisoft to tie in with the release of the Far Cry 3 game.

The series stars Superbad and Kick-Ass actor Christopher Mintz-Plasse as himself. It also stars Michael Mando, the voice and performance capture actor for the game’s character Vaas Montenegro.

This web series was designed to give fans the opportunity to experience and interact with the Far Cry 3 world in an original and innovative way.

The idea behind the project was not to create the movie adapted from the game, but rather to expand the game experience by offering a different perspective on the Far Cry universe.  From the very beginning, Far Cry Experience was thought as a big gift to fans.

What would happen if a gamer (represented by Chris) was suddenly immersed in a video game world? How would he react if he was confronted by Vaas, Far Cry 3’s iconic video game villain?

In its execution, the series is aimed to play with the codes of gaming, transcribing its violence while maintaining a humorous tone.”

There’s also an official site for the game located here.  You can read an advanced preview review of Far Cry 3 on the Sydney Morning Herald site too.

To save you some time, here’s episode 1 of the 4 episode series, courtesy of YouTube: 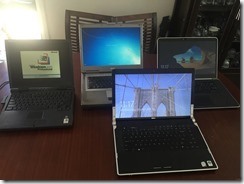 Reliability or luck? That’s a good question to ask.  I’ve been buying Dell laptops almost exclusively for over a decade, and this […] 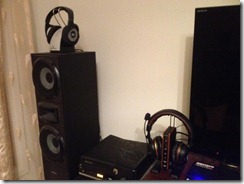 From the laugh-out-loud-funny Department.. http://www.eweek.com/showblog/47247/10-Products-(and-Processes)-That-Should-Be-Put-Out-To-Pasture/ You just have to love collective feedback!