Well, those who know me well enough ought to know by now that there’s hardly a chance I’m going to stay silent on the eve of another US Presidential election.

The last election, I was living in Canada and I watched all the Presidential elections.  Kerry was the obvious choice and anyone with half a brain should have walked away convinced of that fact.  History shows us a different result.  Now is a chance to vote for change.

We (the world) can’t take another Republican in the White House and nor can the United States.  It’s about time for some liberal idealism and free thinking and you aren’t going to get that sort of leadership from McCain who, let’s face it, isn’t young or healthy enough to meet the challenge.

It’s almost too tempting to take a shot at the vice-Presidential candidates.  I’m not sold on Joe Biden but you’ve got to be kidding me about Palin.  That’s all I’m going to say on that.

If you’re a voting US citizen and you’re reading this blog – seriously – it’s time to boot the Republicans and make the term ‘liberal’ mean something worth believing in (again).

Punish the Republicans for letting George W. Bush run the US economy into an abomination of debt and make a clear statement about the future.

Be progressive and think not of today’s problems but look to the future and about the world we are leaving to our children and their children’s children.

This just in.. An Australia political party who, if ‘elected’, would enable registered Australian voters to vote on legislation in parliament. From […] 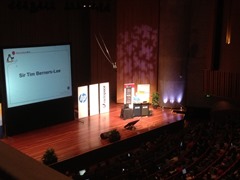