Earlier last month I happened to be in the market for a new mobile phone after I managed to destroy my old phone whilst on holidays in New Zealand.  As it turned out, I elected to update to the latest iPhone (the iPhone 6) which has only been released for a few months.

Within an hour of buying my new handset, it slipped from my hand and landed awkwardly on the cement floor of my garage.  Luckily, no harm done, however this immediately led to my first iPhone 6 accessory purchase – a cheap but sturdy case to protect the thin but large handset.

However, a better option is always welcome.  My previous handset met its demise due to being momentarily dipped in water, a journey which proved to be deadly.  Enter the LifeProof Fre waterproof case which is incidentally  available from a great local retailer MobileZap. Opening the box, in preparation for installing the iPhone

With this case, the risk of damage due to water is very limited as the LifeProof case promises to be waterproof and to exceed US military shock standards.  A bold claim!  Is this *the* case for 24/7 action?  We shall see.

What’s in the box?

The packaging is simple but effective – it contains the aforementioned waterproof case, an instruction booklet, a cleaning cloth and a waterproof audio jack cable plus a card informing the user to program biometrics before installing their phone into the case. Waterproofness extends to even the audio jack (supplied cable)

The first thing you tend to notice when using an iPhone case is that the device gets noticeably more bulky.  This is common sense – the added heft provides protection for the phone.  However, in this case the LifeProof really doesn’t overly inflate the phone’s dimensions. Here’s a photo (above) comparing the cheap plastic case first purchased, compared against the thin profile of the LifeProof case.  It’s snug, but secure.

Being a waterproof case, the phone is obviously fully encased, which means no direct contact with any of the iPhone’s buttons or the screen.  For a touch based interface this can be problematic, however gestures and even biometrics are no problem inside the LifeProof case.

My main concern was the impact of the protective layer over the crystal clear phone display – as you can see from the photos, there’s really no down side – the display is still crisp and clear. The iPhone’s display is not diminished by the added protection

The case integrates intelligent switches to allow the user to, for example, toggle the silent mode switch with the flick of a button.  The power button is a little more stiff than when used directly, but this has a benefit of it being harder to accidentally power on the device when unintended. Sleek look, sensible grip and access to all the phone’s key features and controls

To be perfectly honest with you, I’m once bitten twice shy after the loss of my last handset.  I really want to conduct a waterproof test on the case, but I also want to give it a “road test”.  I’ve decided to conduct the latter first, and return to waterproofness a little bit later.

The case is constructed with a very long O-ring perimeter inside the case which, when properly sealed makes the case waterproof.  It even appears to cater for the iPhone’s speaker, with a valve allowing sound to emit, but keeping water and liquid out Finally, as if it can’t get any more appealing, the case provides just the right amount of grip, so you don’t risk the accidental drop which I had the first time I had it with me!

A brilliant upgrade, a sturdy and practical case for 24/7 use.  It has survived the initial “child test”, having been dropped, licked and used with sticky hands – and with a quick wash and clean, it’s brand new again.  I’m looking forward to carrying it around, with it’s smaller profile.

Stay tuned, I’ll update this article once I’ve had a chance to “field test” it in the wild.

While you’re reading, why not check out this case and more from MobileZap’s comprehensive range of mobile phone accessories over at MobileZap. 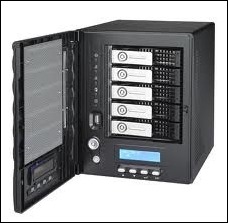 Introduction As you’ll no doubt recall from my earlier 2012 article, I have a NAS in my home office.  It is a […]

The majority of my posts are technical in nature, as no doubt anyone who has been reading articles here at Sanders Technology […] 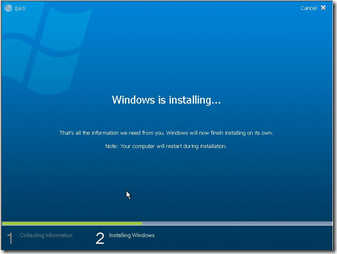